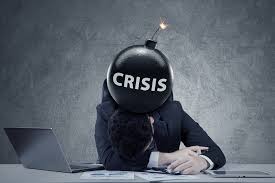 Hope is not sought when you are hopeless?

“The children of our neighbourhood are very desperate. So much so that they don’t look for hope because they are hopeless, but there is always hope.” I remember from a documentary about real life.

The fact that viruses, which have a longer lifespan than human history and have a very high survival ability, mean nothing for the virus to witness the most popular period but it will mean a lot to human history.

In general, this virtual reality has revealed expectations and comments on the direction of a template breakdown in the world. What’s waiting for the world as The New Normal? In addition, articles published by economists based on estimates and modelling with insufficient data available are not at all pleasant. A greater economic and social crisis expectation for the USA than the Great Depression of 1929 began to prevail. Likewise, the same expectations began to be spoken for the European Union and countries outside the union. The number of unemployment in the USA is expected to be around 45 to 50 million, before the case it was around 3.5 million. However, sudden braking of a globalized world economy, financial system and social life order, so to speak, either sticks all the peoples of the world on the glass or threw them out of the glass. Production, sales and marketing structures of global brands on global basis will be a serious problem in the post-covid period. Especially, the sudden supply and demand shock, the production and supply chain to stop, and the consumer expectations, fear and preferences to be reshaped will require a serious period of time to restore the balance of supply and demand. Will Adam Smith’s “Invisible Hand” be seen?

The imbalance experienced here will also make its impact different on the basis of sectors and will cause serious and similar problems for other sectors depending on the sectors that it will affect negatively.

In addition, the income losses of businesses will be a major problem for employees and government treasures that earn income based on the added value generated. This problem contains serious uncertainties in how it can be managed especially after the covid period, which is the period of fast and unplanned resource consumption made by the governments.

The fiscal, monetary and unemployment policies to be implemented at the macro level will be a difficult decision for the countries that have the power and possibility of coining due to the restriction of the resources, the others will face a completely different dilemma.

Financial difficulties of the employees who are not able to go to work and whose have less chance to have a regular income as it was before will cause socio-economic problems, that’s why the banking system will have a serious burden and the measures that must be taken for the society to live in a healthy structure will become the top priority of governments.

We can accept this situation for businesses and countries, just as there are and will be radical changes in the priorities of individuals. The return of countries to become a more closed economy, the shifting of their priorities on their own communities, will also mean the end of the globalization period.  Osman EKİZ – Management Consultant – Economist